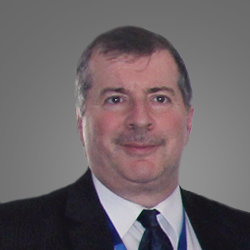 György Iván Neszmélyi has over 20 years’ academic background gained at various universities. Besides Advenio eAcademy, he is professor at Budapest Business School and private professor of Hungarian University of Agriculture and Life Sciences (MATE), formerly Szent István University (SZIU) in Hungary. He has experiences in lecturing at other universities, like Shin Chien University in Taiwan. He has been working with Advenio e-Academy since 2014 as senior consultant. He teaches marketing and sales, regional studies, economic policy, economic history, international studies and other subjects. The latter derives from his experiences as he visited many European, Asian and African countries. For a short period, he used to be head of department of market information at the Research and Information Institute of Agricultural Economy as well.

György earned his Ph. Degree (1997) at the predecessor of SZIU in Hungary in the field of Economic Sciences than his MBA degree (2004) also at SZIU he received postdoctoral title “Dr. habili” in Regional Sciences. He teaches regional economy, economic policy, economic history, marketing, and subjects related to international economy.